Silanian (Sìlne: Xcѝл'нe) is the native language spoken in a small village called Silnistiye (Cилниcтияe), in Askeran, in the de facto independent Republic of Nagorno-Karabakh (Armenian: Լեռնային Ղարաբաղ; Silanian: Лepнäи Кapaбaќ; Azerbaijani: Dağlıq Qarabağ, or Yuxarı Qarabağ; Russian: Нагорный Карабах) It is a language that didn't originally have a written form but since the collapse of the Soviet Union the language Silanian has been using the Cyrillic alphabet as a result of the Soviet influence. 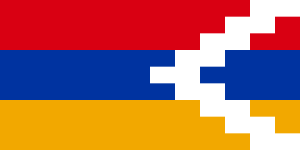 Silanian also uses accents on certain vowels to produce different sounds. The letter "h" ("x") is silent in Silanian but it has the function of hardening the first vowel in the word. This is signified by placing a grave (‘вapг) above the first vowel in the word. If a grave appears above a vowel, then the vowel is hardened, i.e. "à" is pronounced as "ay", "è" is pronounced as "ee", "ѝ" as in the English word "eye", "ò" as in English word "owe" and "ỳ" ("ю" with a grave is written as "ỳ") as in English word "you". Basically they are pronounced as they are when reciting the vowels in the English alphabet. If a word contains a "h" ("x") but there is no grave above any of the vowels or a grave is above a vowel other than the first, then you harden the vowel indicated only and the "h" ("x") is silent. This occurs in names and words with suffixes.

The Silanian language does not contain the sounds, as occuring in English, of "ch", "sh", "h", "th" (even though the name of this letter "x" is "ha"). Therefore while creating the alphabet, some additional letters that do not appear in the actual alphabet itself have been added to accomodate for foreign names. These are:

Silanian dipthongs are very straight forward. When a vowel appears with an umlaut (тюaлмю) above it a "y" sound is placed inbetween it and the next vowel e.g. "äe" is pronounced as "a-ye", "ëa" as "e-ya", etc.

Here is a list of dipthongs and how they are pronounced in Silanian.

To signal ownership, the same rule as for plural words is applied. Therefore, "Peter's chair" becomes "эПeтep pѝaxќ" (e-Peter rì-ac)(when "э" appears at the beginning of a proper noun, it is written in the lower case form e.g. "эПeтep", but if it is at the beginning of a sentence and it precedes a word other than a proper noun, then it appears in the upper case form, e.g. "Эpѝaxќ д’a элибaт". This same rule applies for the combined plural and ownership form explained below).

Silanian uses traditionally its own system of numerals but in the modern day it is also common that Arabic numerals are used. The Silanian numerals are as follows (they appear in the lower case form but they can also be used in upper case):